Alsace contains oil in its subsoil and it is in Merkwiller-Pechelbronn that the first oil exploitation site in Europe and in the world opened.

In Pechelbronn, the presence of oil has been attested since the dawn of time and its first mention dates from the 15th century. In this region, the peasants of the Middle Ages had understood that the earth was impregnated with an oily substance of which they had noted the benefits and which they quickly knew how to exploit for domestic, artisanal and even medicinal uses. Originally, they were going to draw oil from the waters of a spring called “Baechel-Brunn”, then the techniques evolved, allowing recovery of the bituminous sands on the hillside and then by mine shaft.

In 1770, it was here, in the heart of the current territory of Alsace Verte, that the first oil exploitation company in the world was created by authorization granted by royal privilege.

In 1770, it was here, in the heart of the current territory of Alsace Verte, that the first oil exploitation company in the world was created by authorization granted by royal privilege.

The industrial exploitation of oil from the 18th century

From 18th century, the exploitation of oil takes on an industrial dimension and is done by wells, by drilling and by pumping and even by mine galleries. During the First World War, the needs increased, giving rise to new technical innovations making it possible to recover oil from ever deeper depths, up to 400 m underground.

Throughout this period and until 1970 when the site closed, the Pays de Pechelbronn was deeply marked by this industrial and human adventure. Indeed, generations of pioneers in their field have participated in the influence of the territory which has acquired international renown thanks to their efforts and this highly coveted resource. This adventure was also that of thousands of workers from the surrounding villages who succeeded one another as miners, drillers, refiners... and kept the site alive for decades. Finally, this adventure left its mark on the landscape of Northern Alsace, which retains a few vestiges linked to the exploitation of oil, the last visible witnesses of this prosperous period.

A historical approach to the French Petroleum Museum

Immerse yourself in 500 years of oil history in Northern Alsace traced at the French Petroleum Museum in Merkwiller-Pechelbronn!

To understand everything about the extraction of black gold, the visit starts with a presentation film that will allow you to immerse yourself right away. Then, through the rooms, you will discover a complete panorama of this exceptional history, from the geological formation of this oil to its daily uses for centuries. The facilities, installations and techniques related to the exploitation of oil will also be explained to you: the extent of the mine galleries and the refinery, the birth of the company ANTAR and the Institut Français du Pétrole, the first coring electric are some of the highlights of this unique saga. Finally, renewable energies such as geothermal energy are explained.

To complete this discovery, the museum offers many activities and outings throughout the year, in particular pedestrian circuits allowing the discovery of the still existing outdoor sites where resurgences are always observable. 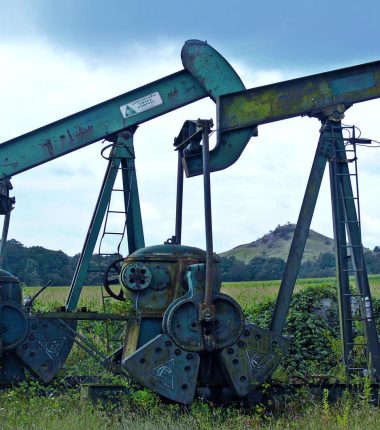