At 581 meters above sea level, the Grand Wintersberg is the highest point of the Northern Vosges Massif. On its summit, a brick tower, slender and 25 meters high, was built by the Club Vosgien between 1889 and 1890. The brave who dare to venture to its summit, after having climbed the narrow staircase which winds in its center , will be rewarded by the panoramic and impregnable sight which is offered to their eyes.

The Grand Wintersberg, the highest point of the Northern Vosges Massif

From the roof of the Northern Vosges, lovers of wide open spaces will be able to observe the wooded massifs at their feet as well as the nearby Palatinate. Further on they will see the plain of Alsace and the Black Forest which draws the line of the horizon towards the East. Finally, on a clear day, in the distance, exceptionally the spire of Strasbourg Cathedral can be revealed to them.

This unmissable detour is accessible on foot, via the hiking trails marked with Club Vosgien, association created in 1872 and recognized as being of public utility in 1879. Its local branch is very active in the territory of Alsace Verte and its volunteers are committed to maintaining the vast network of footpaths, available to allow access to the greatest number.

From the town center of Niederbronn-les-Bains, access to Grand Wintersberg is via a circuit of medium difficulty of approximately 12.5 km and comprising a drop of 390 meters, the start of which is near the Celtic spring. . It takes between 3h30 and 4h00 to go around.

Starting point for many hiking trails, the Grand Wintersberg is at the crossroads of several trails including the GR53, a prestigious trail in the territory of Alsace Verte!

Many trails including the GR53 crossing the Massif des Vosges

Starting point for many hiking trails, the Grand Wintersberg is at the crossroads of several trails, including the GR53, a prestigious trail in the territory of Alsace Verte, allowing you to cross the Massif des Vosges from side to side. Enthusiasts will be seduced by this exceptional hike offering a great variety of landscapes and experiences. The GR53 is currently being enhanced by the Regional Natural Park of the Northern Vosges, whose achievements can be discovered along the walks.

Below the summit of Grand Wintersberg is the Col de la Liese, which can be spotted thanks to the monolithic block of pink sandstone from the Vosges decorated with a bas-relief probably dating from the Gallo-Roman period and representing the silhouette of a woman, no doubt in link with the fertility cult commonly practiced at that time.

Nearby, the Club Vosgien chalet opens its doors every Sunday and public holiday in season, offering refreshments and small dishes to hikers, walkers and gourmets.

Hiking route to the Greater Wintersberg 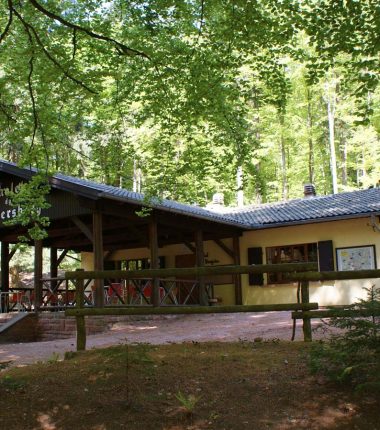 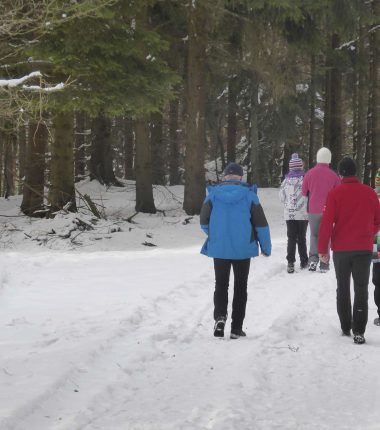 Hike from Hohenfels to Greater Wintersberg